One Giant Washcloth for Mankind 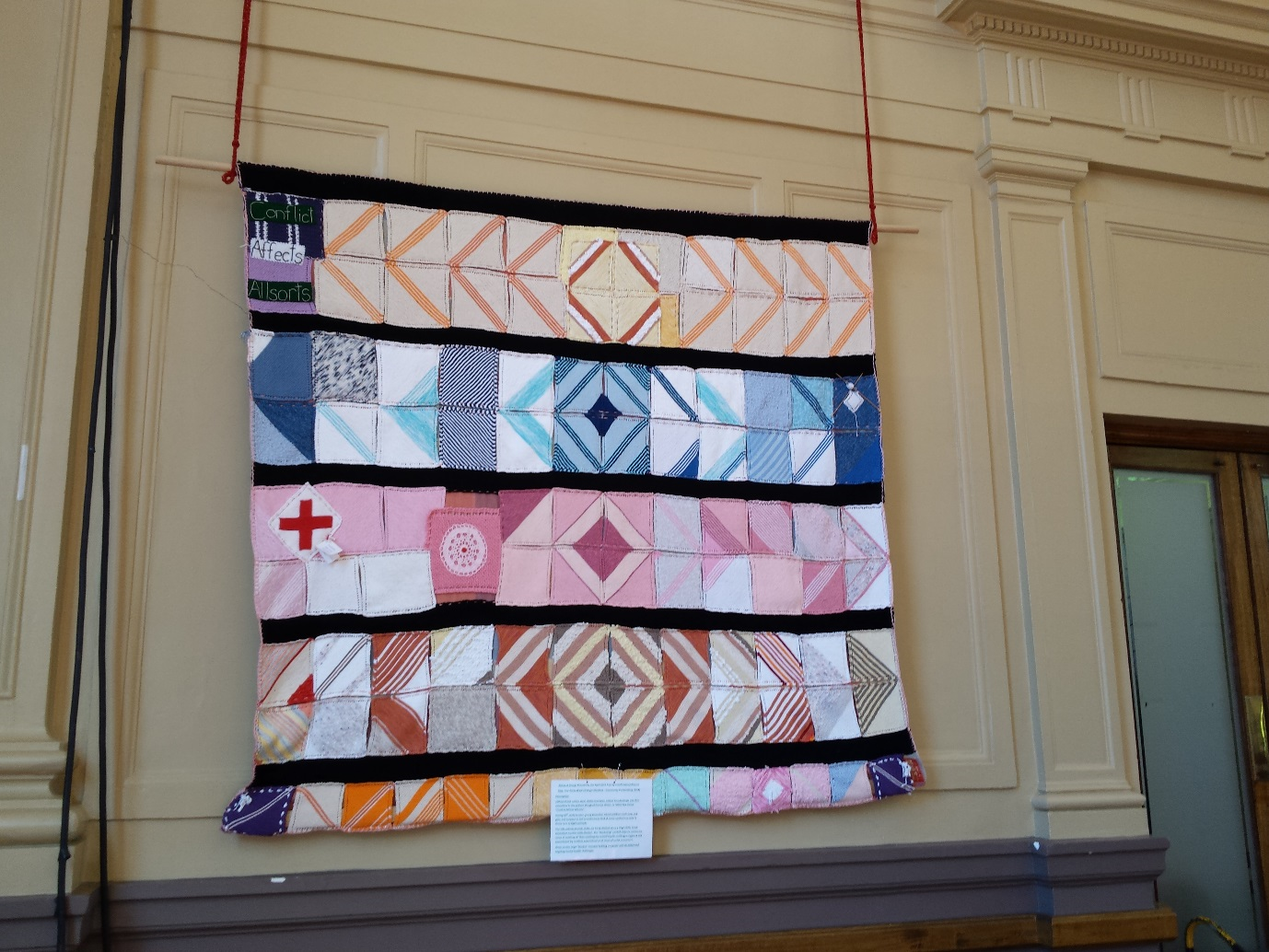 One Giant Washcloth for Mankind: For PeaceKnits Pop-Up, 100 handknit cotton washcloths, knitted by individuals, were assembled in the pattern of a giant licorice allsort – to reflect that “conflict affects all sorts”. During 20th century wars, Australian schoolchildren, both boys and girls, learned to knit to make home comforts like these cloths to send to those sent to fight overseas. The 100 individual washcloths, including smaller pairs made into soap savers, were hand-stitched on to a 1930s South Australian wool mills blanket. Use of “blanketing” helps convey the idea of soothing the mental health challenges triggered and exacerbated by conflict, experienced at all levels of human encounter during war. Work on this “giant washcloth” included knitting by people with disability and ongoing mental health challenges.