The Concert that made me cry 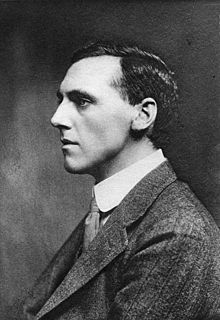 It was a good few years ago that I treated myself to a gold pass for the Canberra International Music Festival and, taking some leave from work, prepared for a glorious feast of beautiful music.

One of the concerts was held in the foyer of the National Museum and it was billed as featuring Gallipoli in some way that I don’t recall. However there is no forgetting the impact that one of the items had on me. The piece was announced as being an unfinished piano sonata, as the composer had been killed in action and the manuscript had been found among his belongings after he was brought away from the carnage all around.

The music had me spellbound, it was so incredibly beautiful and I was entranced by it. Then it suddenly went no further and I came back down to earth with a thump! Of course – this was the point at which this man had been slaughtered! It was very evident that the piece was incomplete and my initial reaction was one of being deprived. Then the tears came……

Here I was feeling deprived, when this lovely, lovely man had been killed!! He must have been a lovely man to have written such sublime music.

Maybe my reaction was the result of having lived all through WW2 in Central London. The German psychoanalyst Professor Michael Erman was interviewed by Der Spiegel in 2009 about the long-term effects of being born into war. This article bears the title ’Der Körper vergisst Nicht’, which means ’the body does not forget’, and I can vouch that this is so very true. My childhood was nothing but fear, anxiety, noises of a hundred kinds, smells, absence of one or both parents, to the point where at the age of four I didn’t realise that this tall strange man in a sailor suit coming into our sitting room was my father, removal from home [we were evacuated to the countryside for a short while in 1944-5], isolated in hospital with the dreaded scarlet fever, changes of school and numerous other disturbances. At 77 years of age I can still remember so much of the detail and to this day get uncontrollable adrenalin rushes at sudden noises, sirens, low-flying aircraft.

Getting back to the composer, I researched his story for this item for Peace Works! He was called Frederick Septimus Kelly, born 29 May 1881 and died 13 November 1916, and was an Australian and British musician and composer. He was educated at Eton [a very elite British Public School] and Balliol College, Oxford, where as it happens both my father and my brother obtained their degrees – what a coincidence!

There is a great deal of information on the Internet about Kelly – and other composers who died in WW1. I plan to investigate his story further and hopefully acquire a copy of his beautiful and unfinished Piano Sonata in F minor and maybe sit and weep again for the fruitlessness that is all warfare.

Postscript: some time after I had drafted this for consideration by the committee organising the book Peace Works!, I happened to hear a programme on Radio National Music Show on the 18th December 2016 entitled ’Flowers of War’. This is an undertaking by Chris Latham who is researching the contribution and terrible loss of so many musicians during WW1 and introducing us to the very fine music that he has been able to uncover. For those who are interested, it would be worth seeking out this programme to discover more on this sad topic.