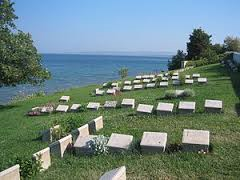 Around 500 years before the birth of Christ, the Greek dramatist Aeschylus wrote “in war, truth is the first casualty”, a phrase which has become accepted as a truism down the centuries since. In 2012 as Australians commemorated Anzac Day, I reflected that perhaps it is in the aftermath of war that truth suffers most – possibly because “history is written by the victors” (another truism of unknown origin, although it has been attributed to Pliny the Elder, Napoleon Bonaparte and Winston Churchill, among others).

As we approach the 100th anniversary of the Gallipoli landings, for perhaps the first time since the 1970s, there has been a flood of new books, research papers and documentaries challenging almost every aspect of the myth of the heroic Aussie diggers, fighting fiercely but within the accepted rules of war and always showing respect for the enemy.

Among the many recent publications challenging the myth of the brave bronzed Anzac are ANZAC's Dirty Dozen: 12 Myths of Australian Military History (Stockings, 2012) and Witnesses to War: The History of Australian Conflict Reporting (Anderson & Trembath, 2011).

ABC Radio’s conservative commentary program Counterpoint aired a three-part series (Vanstone, 2015) which documented some very grave actions by Australian troops in the two world wars. The books and radio documentaries refute the claim by General John Monash after the First World War that our troops had been “sportsmen who had never mistreated enemy prisoners”, by providing detailed evidence of situations in which enemy prisoners were killed or tortured after they had surrendered on the Western Front.

They also documented many instances from the Second World War which included bayonetting of prisoners tied to trees at Milne Bay, Charles Lindbergh’s description of Aussies throwing live prisoners from aeroplanes in the Pacific and the aerial machine gunning over several days of hundreds of civilian and military Japanese survivors of torpedoed vessels in the Bismarck Sea as they clung to debris. (Vanstone, 2015)

These instances should not be used to malign all of our armed forces, most of whom fought with bravery and behaved appropriately. But they do challenge the myth that somehow we were of greater moral virtue than other participants in the carnage of battle, and always stood aside from the acts of personal or collective brutality which are the universal hallmark of war.

Maybe it says something about our collective national mindset that we regard Breaker Morant, who openly shot prisoners during the Boer War, as a national icon. By contrast, the British are far more reserved in their view of T E Lawrence (Lawrence of Arabia) and his controversial “no prisoners” strategy in the desert campaigns.

Another myth coming under increasing challenge as we approach the centenary of the Anzac landings is about nationhood. For many years, we have been told by our leaders and media commentators in the build-up to Anzac Day that our nation was forged on the beaches of Gallipoli when our boys fought heroically against great odds, establishing a military legend that has become the very core of our national public values.

This overlooks many relevant factors, including that the entire campaign was a fiasco which resulted in a crushing defeat with horrific loss of life on all sides. In celebrating this disaster as a defining moment in Australian history, we also tend to ignore that there were many more British and French soldiers involved in the allied invasion, not to mention the significant numbers of Senegalese and Kiwi infantry.

Our national history of this unmitigated disaster has remarkably been written by us as the losers, not as victors. But while we lost the battle, the coalition of which we were a part won the “Great War”, and for almost a century we have built up a collection of myths and legends about the first major campaign of the conflict in which we played a part.

It is interesting that Gallipoli has become our equivalent of Mecca, with so many young Aussies making a pilgrimage there each April. It is estimated that in the past decade, around 50,000 Australians have made this trip. In the same period, more than four million Turkish nationals have visited the site, to commemorate their dead and to celebrate the decisive turning point in their national history marked by the great victory over the invading imperial powers. Turkish historians regard this event as the effective end of the Ottoman Empire and the beginning of the War of Independence, which finally resulted some eight years later in the establishment of the modern republic of Turkey under Mustafa Kemal Atatürk.

When you visit our National Capital, you will find that the memorial on Anzac Parade closest to the National War Museum is not in memory of our brave soldiers, sailors, airmen or nurses, but to Atatürk – an officer who commanded enemy troops against us in 1915!

No doubt much of the record of conflagration, suffering, sacrifice and heroism at Gallipoli is accurate, and we rightly remember those who gave their lives in the service of our nation. But now many military leaders, researchers, historians and descendants of the diggers are asking whether the terrible losses were largely in vain.

Perhaps the retrospective questioning of the worth of the Gallipoli campaign has been heightened this year because of growing Australian unrest and frustration at our 10-year involvement in the “unwinnable” war in Afghanistan. In recent times, very senior military and political leaders have publicly stated that it was never in our national interest to be involved in Afghanistan, and that the expressed goals of our involvement cannot be achieved. In short, they say that we have lost that war, the deaths of some 42 diggers have been in vain and we should withdraw as quickly as possible.

On this topic, respected independent Australian commentator Professor Hugh White wrote: “…it seems very unlikely that the lasting achievements of our military operation in recent years will justify the costs, especially the cost in lives. The mission will have failed to achieve its strategic objectives, and the decision to commit Australian forces to the operation must be accounted a costly failure of strategic policy. We should be asking some searching questions about how precisely that happened.” (White, 2011)

It is appropriate that we should honour the sacrifices of brave fighting women and men and the losses endured by their loved ones each Anzac Day. But perhaps we should also remember that our nation was not forged in the savagery of war but in the coming together of people of goodwill with a vision for a safe, prosperous and egalitarian nation which could demonstrate to the world a peaceful formula for people to live in harmony and comfort. Lest we remember only the Anzac myths, let’s also remember this vision of the founders of our nation.