Build bridges to safety
one plank at a time;
traverse centuries of hurt,
to find calm, peace of mind.

The Keep-safe snug baby travel rug pattern was inspired by a 19th century Australian baby rug pattern. The colour scheme of Green, White and Violet draws on late 19th-early 20th century suffrage and global peace colours. The wool used is two yarns knitted together of 4 ply super wash wool to make each of the (approx.) 62,000 stitches. The number of stitches is significant and helped define the final size of the rug. The Australian War Memorial approximates 62000 as the number of Australians who died during WW1. And also as the number who died from war related issues after coming home to Australia after the war. So each stitch holds together both. The verse for the rug was written with the sense of keeping safe (rather than just having a "keepsake") those little ones needing to survive conflict impacts on community. 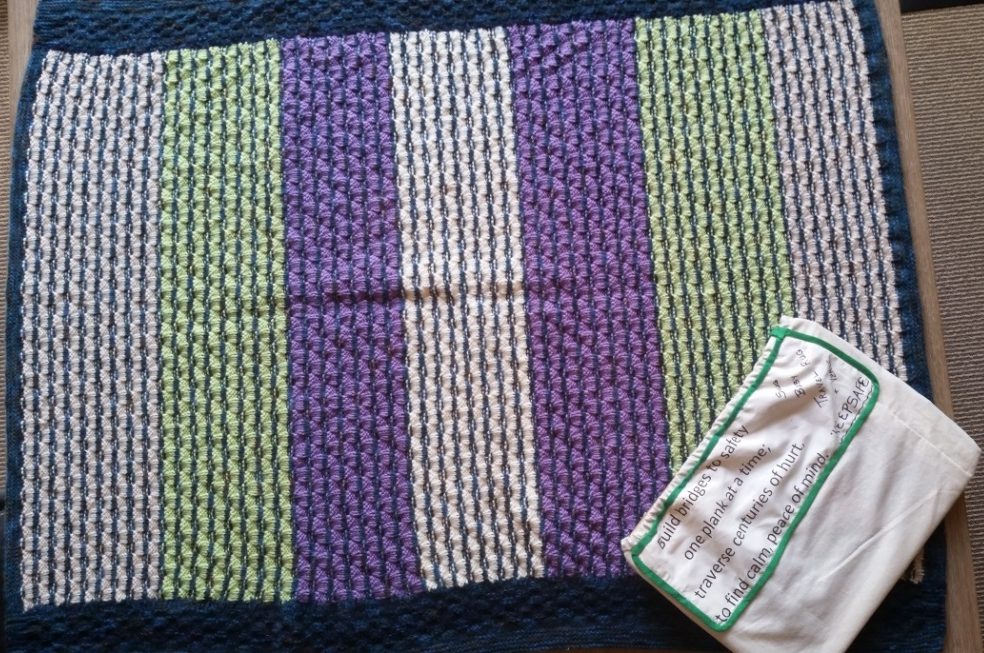