My dad and two AIF mates became boat people … to escape and survive 1942 slaughter and surrender on Singapore.

He was an AIF truck driver. His battalion withstood Australia’s most serious WW2 casualties on the Malay Peninsula, even before they faced decimation on Singapore. Unlike dad, those who surrendered their arms, ended up in death camps and on death marches.

I am thankful every day that he and his mates pushed off in that local fisherman’s boat, to survive at sea, and be picked up by a troop carrier to return to Australia. In recovery mode, he met and married my mum, a WW2 Blue Gum Girl, after they danced the night away at Avoca Waratah ball. They were survived by four of their six children.

The tide rocked the wreck, on a far distant shore,
a remnant of a passing storm.
Bodies; men, women and children lay abandoned,
tossed and torn.
Gone forever their dreams, their hopes,
trailing like seaweed within the current,
drifted empty ropes.
At peace now, no more sadness, no more sorrow.
Laughter, life, peace and security,
passed now into obscurity.
Not for them a new tomorrow.
Destiny had struck with a cruel hand.
South-south-west of sorrow, lay that land,
for which they had given everything.

The above prose piece and poem were written in response to our reading of ‘South-south-west of Sorrow’ by Bruce Dawe.

From the Standpoint of a Legless Lizard

Malestream relations, pendulum pulled,
from one side then the other.
Swung from paternal coalition to partnered alliance.
She – me – Australia: left without legs to stand on?

No. Like legless lizards,
must find our own middling ways, to relate;
must face imagined fears – to jointly survive.
Think for ourselves, while balancing own with others’
need for more open, long duree. 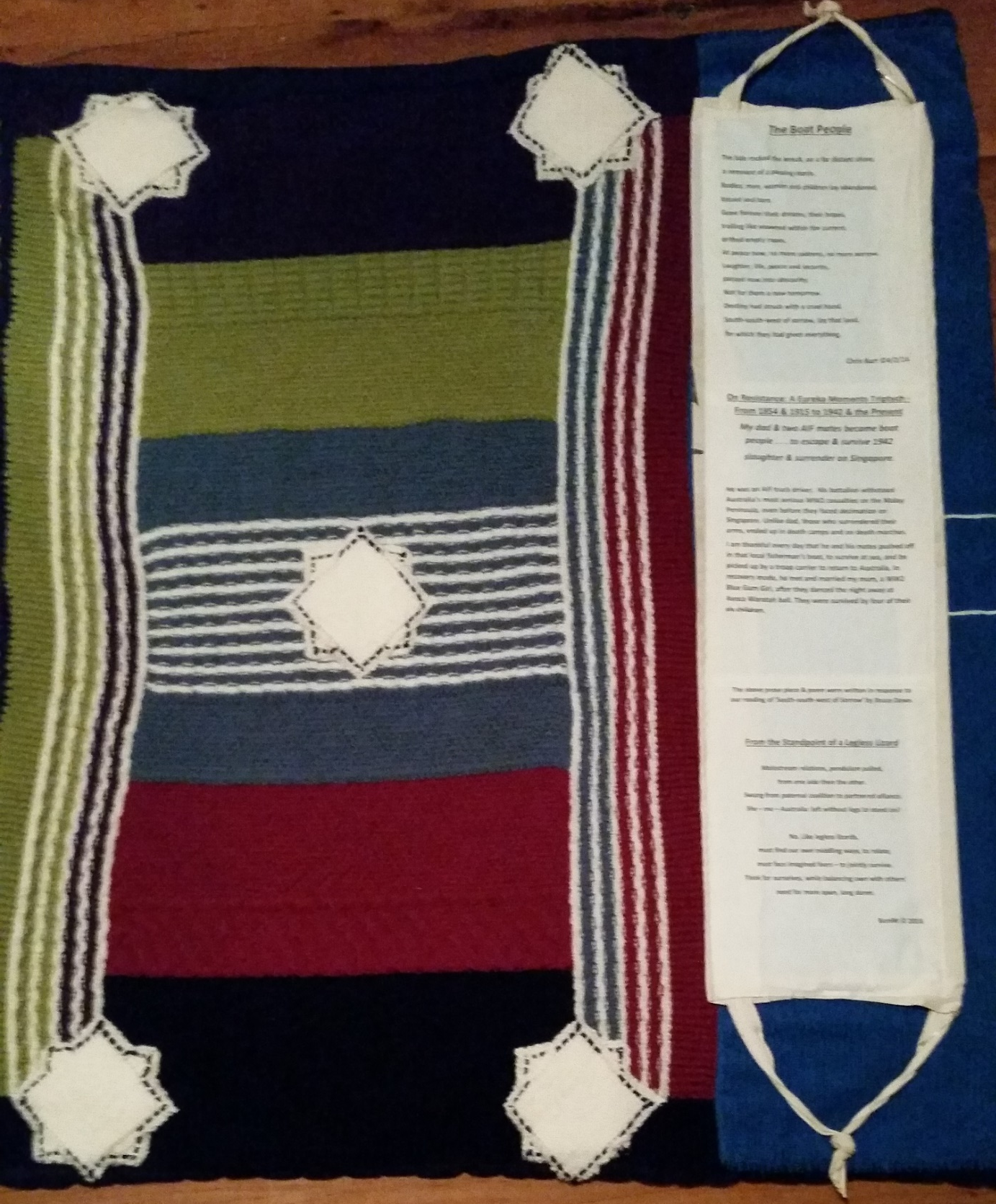