Nel used Admiral’s Square pattern on one knee rug; and fashioned the shape of “V” (for “Vrede”, meaning peace, in her home country of The Netherlands) by placing green squares strategically among white and violet on the other knee rug. The Netherlands was also significantly the site of the famous Peace Palace, established in 1913. The three colours of Green, White and Violet were taken up by the women’s suffrage movement to Give Women Votes, and were also used by parts of the global peace women’s movement that arose from the 1915 global women’s congress held at The Hague.

Nel is proud of this peace heritage in her homeland and impressed on us that, while allied forces (notably under Churchill in WW2) may have claimed “V is for Victory”, in The Netherlands, always, “V” is for Vrede. 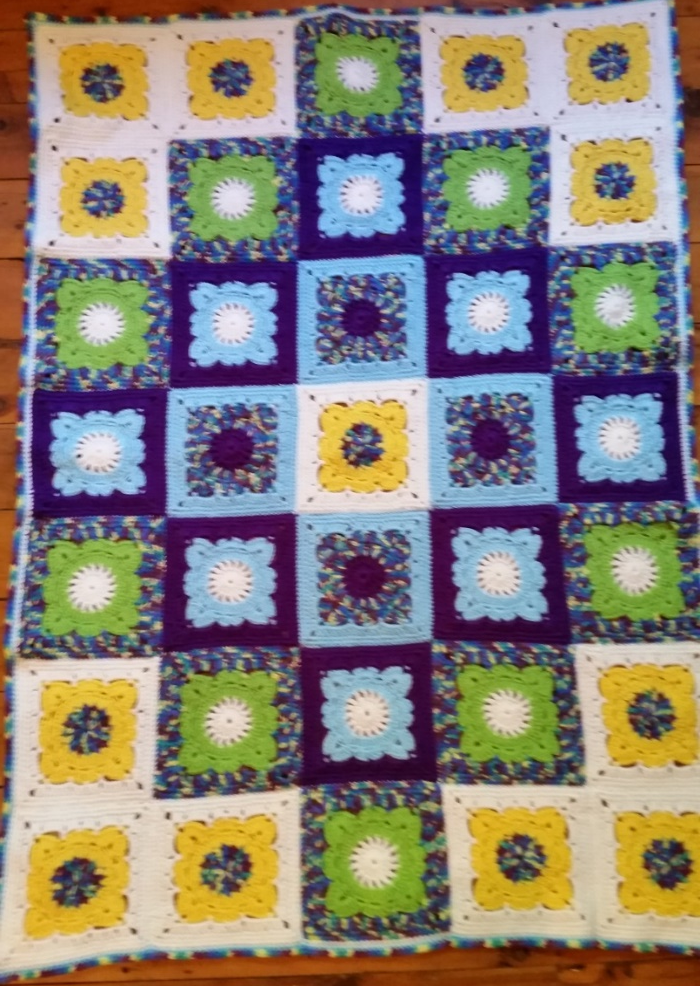 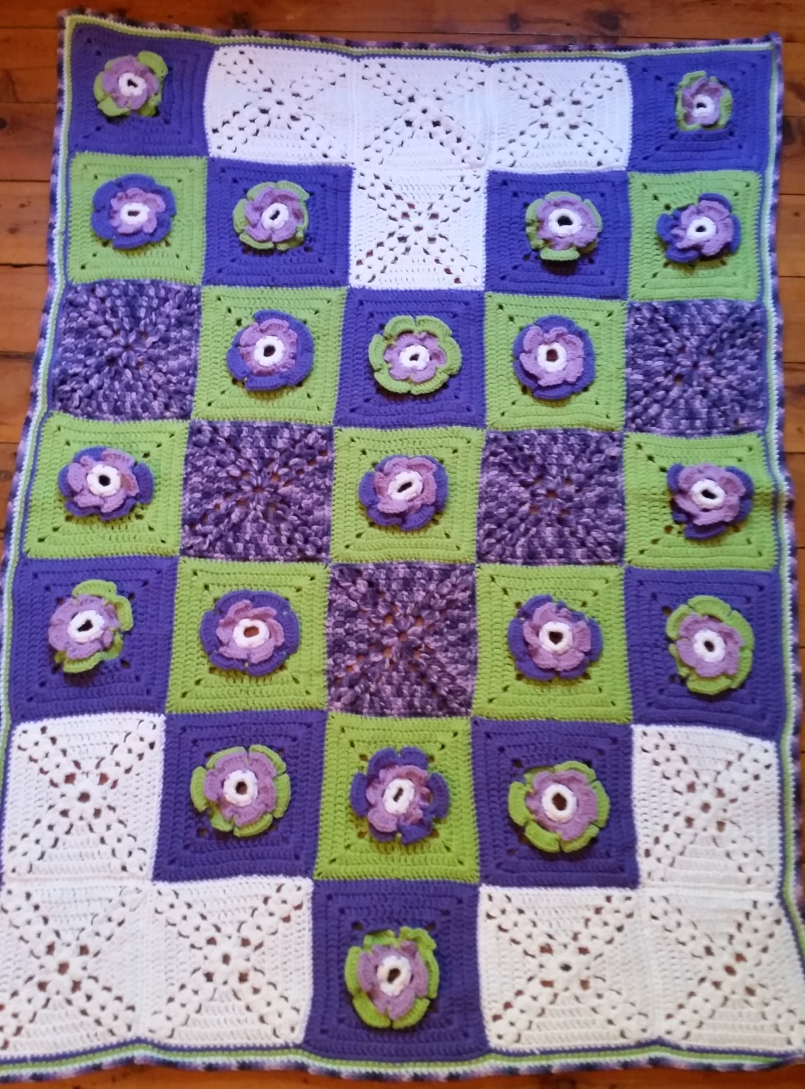