Voices from the community

The First World War was disastrous for my mother

The First World War was disastrous for my mother. She had the misfortune to become pregnant to a handsome soldier, and, unusual for the time, had my sister Joy. When asked why she didn’t marry she discussed the experience by saying: “He came back a drunk.” He saw action so no wonder he did, but this changed the direction of both their lives.

They were followed by people, usually women, and this began a pattern of denial that runs deep like a river through all our lives. It didn’t affect me, but “I was sorry for Mum” masked deep hurt and bitterness that lasted all my sister’s life.

I often wondered what would have happened if there had been no war, no dislocation of relationships. It might have been less than ideal, but would have at least fitted convention, important to my mother.

War reaches down through generations, imprinted on people who have not known conflict but carry the real memory of hurt and loss in our genes.

It is up to us to break this cycle.

I came to Australia in November 1951. I brought some luggage with me. My new eiderdown feather bed was removed – stolen. My water kettle with a whistle had at the bottom lots of holes poked through. My husband took it to Sir William Hudson, the Commissioner of the Snowy Mountains Scheme. He “dealt with” the matter.

In 1954 I asked my parents to come to Cooma. They brought with them two semi-trailer loads of German machinery. My father opened a joinery business and trained many Australian boys at the trade. These men are still thanking me (60 years later) for their good apprenticeships.

Our joinery delivered most of the timbers for the tunnels, firing rods and stop rods for the dams. We had the joinery for 25 years, working for Kaiser, Perrini, Raymond and Utah and also opened CAA Timber Industries in Queanbeyan for many years after. I was the Secretary of all of these companies. 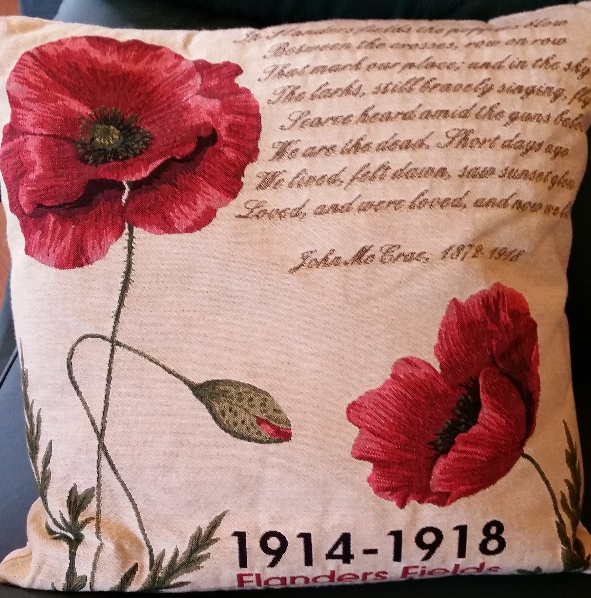 From Flanders - Julien and Anny du Pauw were both born in WW2 Belgium. They married in 1965 and migrated to Australia. They still receive regular family and community updates from Belgium, including this Flanders cushion (from their niece Mere). 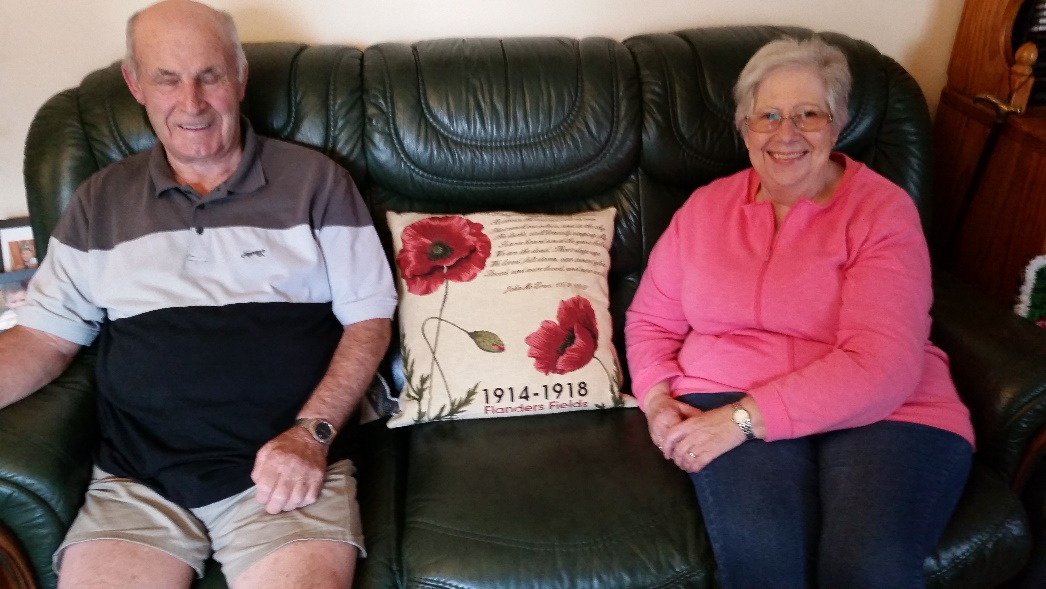 A postcard home to Italy

I am living well in Australia and I love living in Queanbeyan. I arrived on the ship SS Angelina Lauro. After staying in Melbourne and then in Sydney, I lived for a while in Bonagilla. Then and now I lived in Queanbeyan and am very happy.

I am working very hard to save money and will come to visit you in Italy when I have saved enough.

Hope you are all well and write to me soon.

My friend and I came to this exhibition today to see the “Sock Knitter.” We have a long association with a member of the Cossington-Smith family. However we are delighted and surprised with the folksy yet professional show we are enjoying and we haven’t finished yet.

My great uncle Fred was honoured by his family as an ANZAC. He survived.

Another man I know was an artillery captain on the Somme who came home to a soldier settlement block on poor country in Western Queensland. A lot of those farms folded due to no access to finance, which led to more heartbreak. A sad story all round.

Another memory is of Miss Johanna and Miss Kate of Jerilderie, who were typical homefront casualties of WW1. With so many young men dead, these ladies were destined to never marry and moved to Ganmain for the care of their brother Simon. There they cared for and helped raise his family of seven children.

I regard this as a cruel cost and long-lasting legacy of a foolish war and Australia’s part in it.