On the power of seeing otherwise…

This blanket was used as the event banner, while still being finished during the day, for the PeaceKnits Pop-Up in April 2015. The blanket was hand knit in three different reversible stitches – reversible cable, moss stitch and basket stitch – that also gave the finished knit texture a 3D effect.

The importance of the particular stitches used is that, looked at from both sides, front and back, it’s the same. There is no overtly “wrong” side. All sides and stitches are equal, yet different.

The banner blanket was used to travel with other PeaceKnits feature exhibit items through 2015-2017 for showing at various events, and was used to start many discussions about the value of different points of viewing.

Completion of the banner blanket was only achieved because of a mammoth personal last month effort before the Pop-Up event by Janet Wheeler, who is well-known for being able to knit while walking to work, through meetings etc. BoniM provided the original design, a little start-off knit help and final hand-stitching of the columns to form the final blanket. 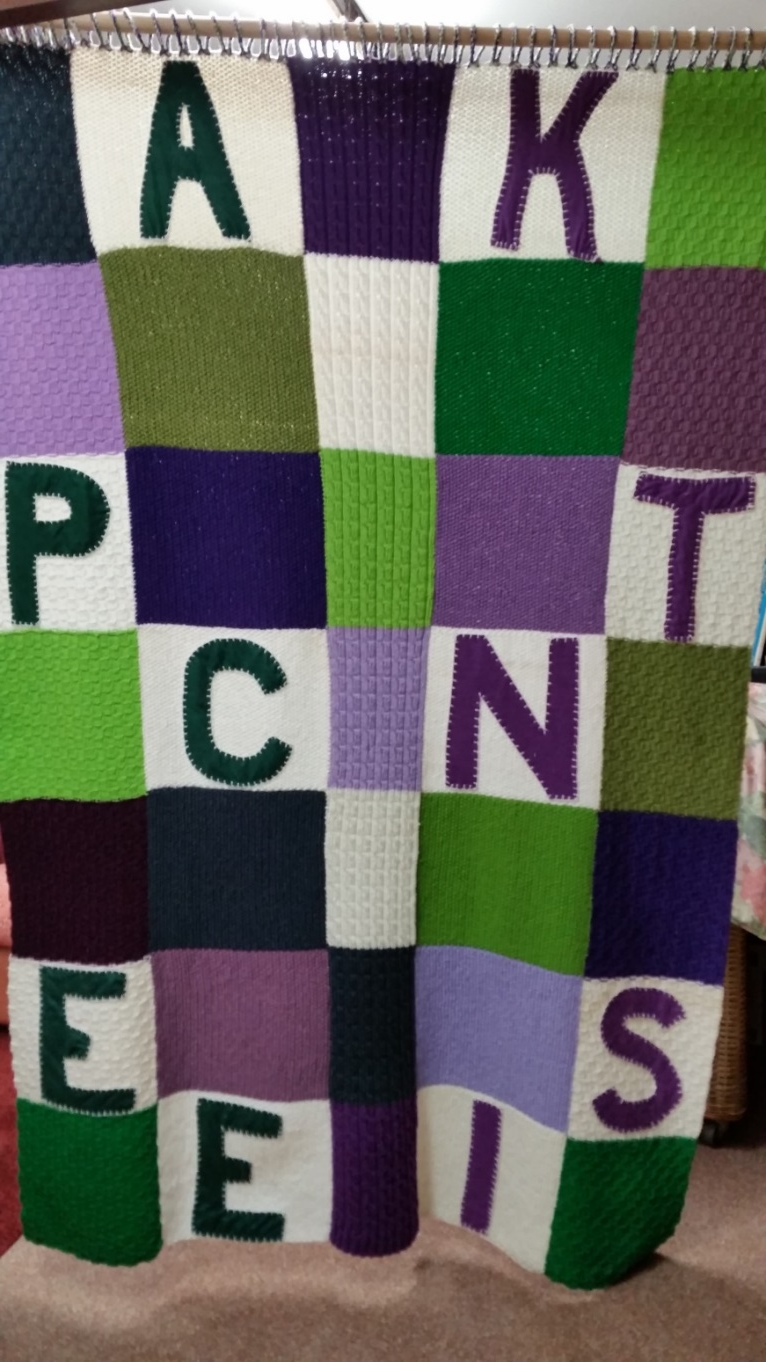