Made for PeaceKnits Pop-Up by Mary Reilly and Kiama Knitters 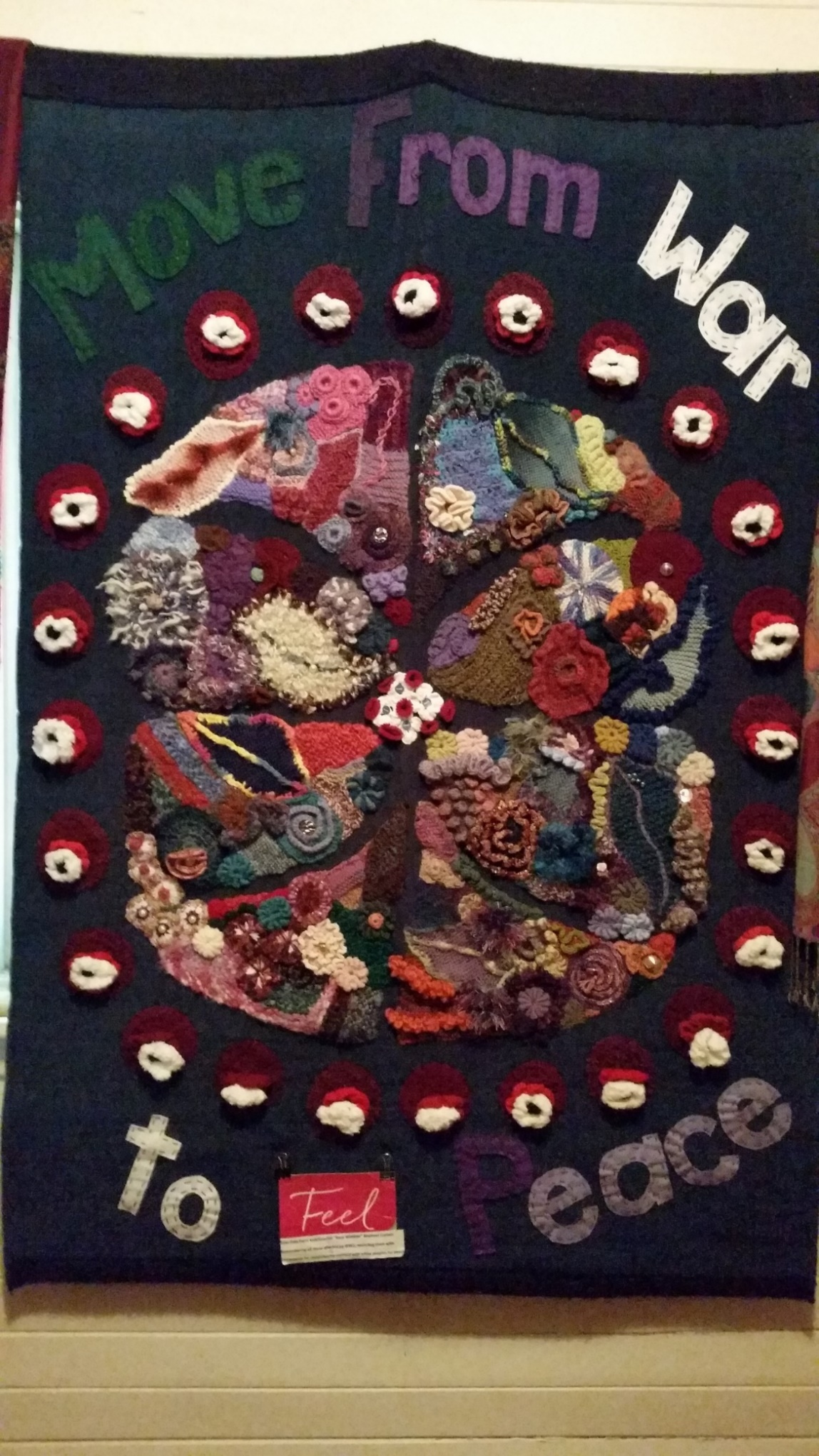 It would be reasonable to ask how an abstract knit and crochet rose window blackout curtain might be relevant to 1915 and World War 1. A simple answer could point to the damaging impacts of 1915 bombing raids on French Gothic Cathedrals. A longer answer might go into the detail of how free-form knit or crochet efforts can achieve a remarkable abstract rendition of the very traditional and highly structured rose window architectural form.

For those who do not know, a rose window (or Catherine Window, after St Catherine of Alexandria) is a general term for a round window. And, yes, these are especially found in the major Gothic Cathedrals of Northern France. Earlier origins of the rose window are found in the Roman oculus, or large circular openings that let in light and air (as found at the top of the dome in the Pantheon). An eastern equivalent symbol is the Mandala (Sanskrit for “circle”) used to establish sacred space or to aid meditation. Modern circular windows cover a range of influences, including abstract art.

The architectural art form of the rose window was used as a starting point for our abstract free-form knit and crochet pattern, ironically designed as a window blind or blackout curtain, to remember all those affected by bombing raids. To solemnly mark 1915-2015 centenary remembrances, the “rose” in our abstract window, has been replaced by red poppies (for remembrance) overlaid with white poppies (for peace).

Work on this started from one segment of the centre round made by Mary Reilly. This became one-eighth of the circle, used to inspire a one day free-form knit and crochet workshop with Kiama Knitters. Fifteen handworkers made individual pieces later crafted into the whole centre piece, again by Mary Reilly.

The abstract rose window blackout curtain emerged as we worked organically, through a group effort – there was no “pattern” as such to follow when we were doing the free-form handwork. The end result works well as a blackout curtain – it certainly blacks out all light, though in its own densely fibred way, with complex colour relationships and sensual impact.