This poem was written as a tribute to my father-in-law, Austin William Edwards, who as a handsome 21 year old farm boy, joined the armed forces and suffered hell, along with many young men of the time. Many of the short sentences in this poem are extracts from his written story. This was an era in our history that should never be forgotten and never be repeated. 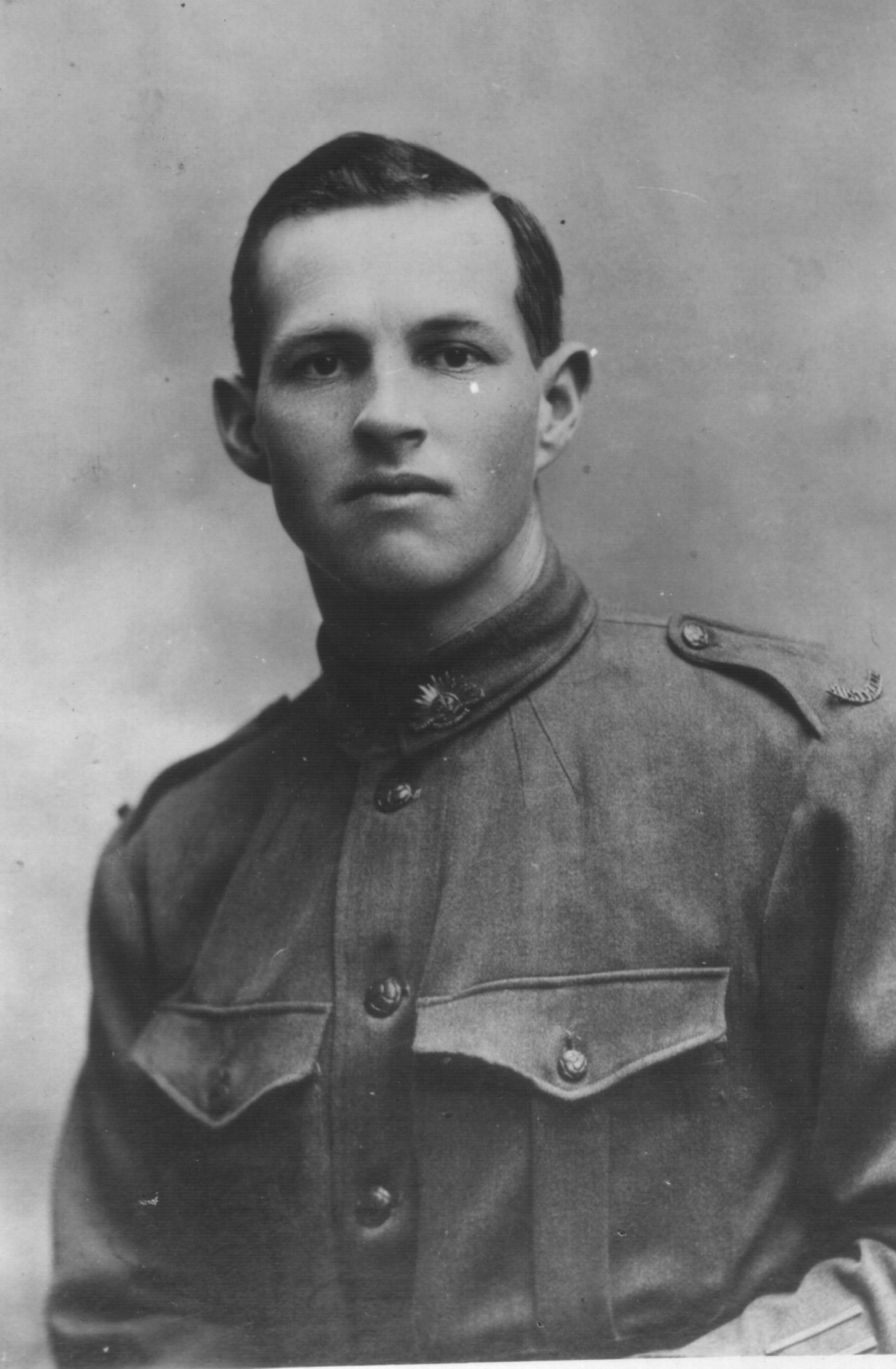 We will remember them

It often takes time in the country, to get the latest news.
So it was, with young Austin Edwards, from Wyoming.
Hitched up the bullock team and donned his only shoes.
To begin his lengthy journey and many years of roaming.

Sign up young man, such adventure for you, all expenses paid.
From a remote country boy, who had never seen a city.
A top shot rifleman, skilful horseman, he was not afraid.
Left Australia’s shore, singing the first of many a ditty.

This was probably the last time he was content and carefree.
After six weeks training, over three thousand soldiers on deck.
The sights of the ocean, and large ship for the five weeks at sea.
Dressed in Aussie woollen khaki uniforms, up to their neck.

Slouch hats sat on their heads, army issue packs, on their backs.
Straight to the front line, to help obstruct the enemy’s attacks.
Arriving after dark, the Germans fired their machine guns.
Some were wounded, but they didn’t kill any Aussie sons.

This, his first encounter, this part of the line was very still.
Until the Aussies arrived, then it soon became a hot spot.
Sandbagged trenches for protection, packed up to form a small hill.
Ten days in the line then ten days’ rest, that’s if you didn’t get shot.

This went on for four months, with many losses and many hurt.
Ordered to march, with full packs to the Somme, a hard four day slog.
Marching onwards as best he could through thick sludge, mud and dirt.
Resting every hour for ten minutes, some trapped in the bog.

Moved on to Pozieres, into the dreaded Sausage Valley,
Given that name by the troop, because of many losses.
So many men were lost there, was impossible to tally.
Buried bodies, ground soft and spongy, to anyone who crosses.

Austin filed into the trenches, where he was buried three times.
Eighteen of his platoon, buried by the merciless shellfire.
Another young soldier and Austin were sent for water sometimes.
An enemy balloon spotted the trench, all dead in the mire.

They were far enough to miss the bombardment, when it decreases.
They had to walk over the bodies, the road was red with blood.
Most of the thousand men were not just dead, but cut to pieces.
The name Sausage Valley fitting, as the flesh mixed with mud.

The world seemed on fire, only those who saw it could believe.
The Germans pitted their best Prussian Guards against us.
The Kaiser told them they would be fighting the Aussies, don’t be naïve.
The best soldiers in the world, the diggers becoming infamous.

Austin was wounded at Pozieres, walking out of the front line.
Saw a mate in the trench said “Come on.” “No, my arm hurts too much.”
Then Austin walked about fifty yards, the trench in align.
Bombed, once again he had escaped death, could it be his angel’s touch?

For three months, sent to a hospital in England, to convalesce.
Then back to France, where Austin rejoined his company once more,
Which had been in Gallipoli, he only recognised three or less.
Many months in the front line, ten on ten off just as before.

Austin stayed in the trenches, with freezing mud up to his knees.
Next rest break he took his boots off, for the first time in eight days.
Feet were swollen, crawled out to sick parade, doctor saw disease.
Had to argue to get help, doctor said walk or there you stay.

Austin had trench feet, impossible to walk, the troops left him.
He got on his knees and crawled after the men, for a mile or so.
Wearing out his pants and knees and palms, things were looking grim.
Reached a road, an ambulance, off to hospital he could go.

Austin was like many young men of the time, Aussie proud.
Fought in many battles, became a gunner, shot the Huns.
Often wounded, back to the front line as soon as he was allowed.
Watched the horrors of war, the death of many Australian sons.

Lest we forget. It is because of men like Austin, who wrote
down their stories, eyewitness accounts, keeping the past alive.
We should give thanks every day and of our freedom take note.
To live up to their high expectations, we should always strive.

Austin William Edwards wrote a detailed account of his years in the armed services, a very interesting but sad record of the era. He lived to be 88 years old and had six children. 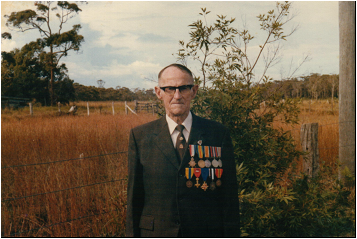