I was handed a photo in 2014 at an extended family gathering – to look at, not to keep. The photo was taken in 1911 at Yahl Primary School near Mt Gambier, South Australia. This was the first, and only, time I had seen a picture of my three great aunts. They had lived in a state I did not visit until years after they died (Effie died in 1958, Ruby in 1969, Ella in 1973). Ella, the oldest of the three girls, was born at Mt Gambier in 1888. Effie and Ruby were born later – in 1890 and 1892 respectively – at Yahl Paddock, where their father farmed.

I had never thought of my three great aunts as being school girls. They had always been referred to as our three great aunts, in South Australia. I had vaguely known one (Ella) to have trained as a nurse, the others as teachers. The photo shocked me at age 60, because it was only then, in 2014, that I realised it was their generation who shouldered the great losses of wars and depression.

I had recently heard views that spurned the popular belief that World War 1 had somehow skewed the life-chances and demographics of a whole generation. This photo gave me palpable proof, that popular gut feelings were not wrong: for my three great aunts had all been maiden aunts. Not one of the three ever married, ever had a partner in life, ever bore children. I looked up the family history details, and there it was: my great grandparents, Richard Batton and Grace Lean had five children, two boys and the three girls in the photo. Of the five children, only one of the boys (my grandfather, Mark Batton, born in 1887) lived to marry and have children with his wife, Ruby Ellen.

Naming our children these days is something we do with fashionable flair and long research in thick volumes of popular baby names. I am thankful and more thoughtful now (since seeing that photo in 2014) about those who have gone before us. Now I really understand how names can also remind us of our forebears. There in the photo, as a young school-leaver, was my great aunt Ruby, who shared the name with my grandmother and mother, also named Ruby; and, as of July 2014, with my granddaughter, named Calla Ruby. 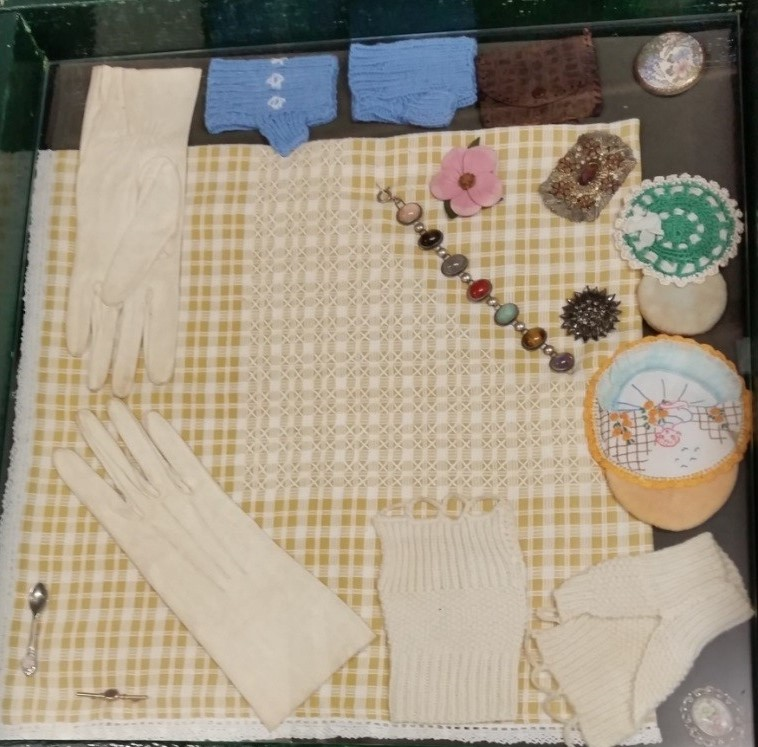