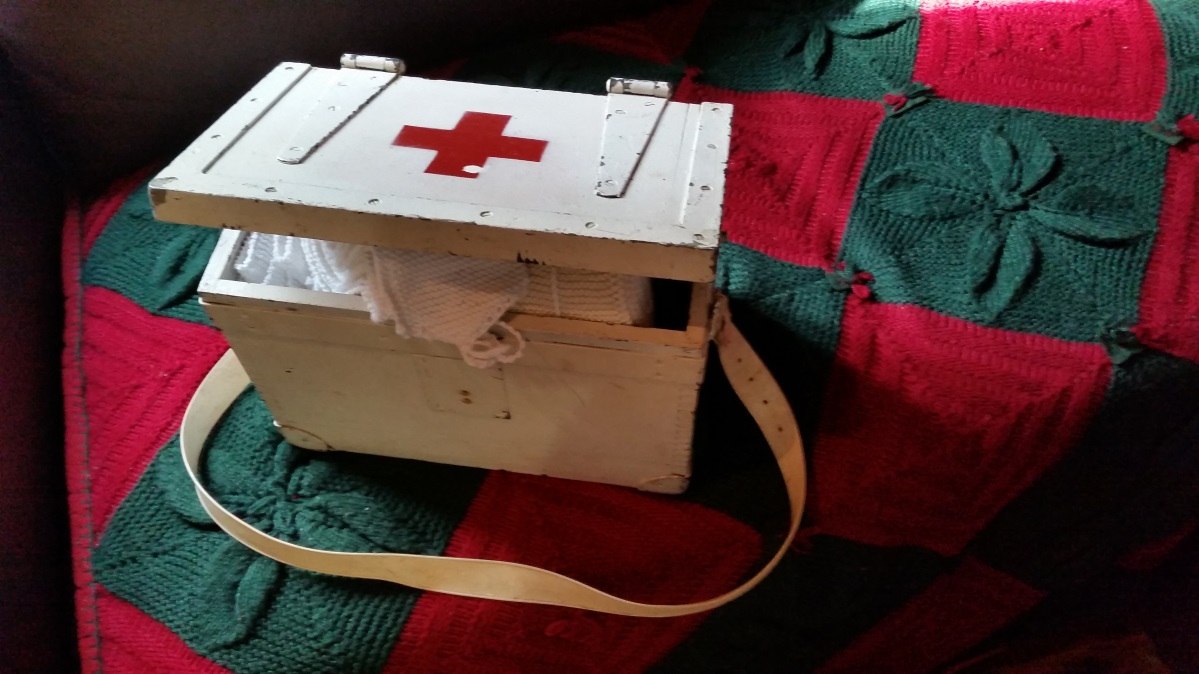 …was given new life by being converted into a First Aid Kit for use after war on NSW mining sites.

This ammo box is on loan to PeaceKnits 2015 Pop-Up and Peace Works! publication projects from Narelle Bowern of Moss Vale (NSW) whose family was involved in mining and engineering in the state over many decades. This old ammunition box has been used at many community events over the project preparation periods of 2013-2017 to give palpable possibilities of war to peace transformation (akin to turning swords into ploughshares).

Hand-knit bandages now stored in the box were made and displayed as part of PeaceKnits Pop-Up in April 2015. 100 of these bandages were gifted to a Belgian-run leprosarium in Niger (northern Africa) after the pop-up event.

The bandages are made from washable 4 ply cotton and are used as comfort bandages over medicated leprosy sores to protect from bumps and further injury. Many of the bandages were made by women who came to Australia from Belgium and Holland as part of post-war migration and recovery from conflict.

The hand knit rug on which the Ammo Box is pictured, was made using Marianne Campbell’s Knitted Counterpane Pattern Duntroon 1884 (the original counterpane is held at Lanyon Homestead, ACT).