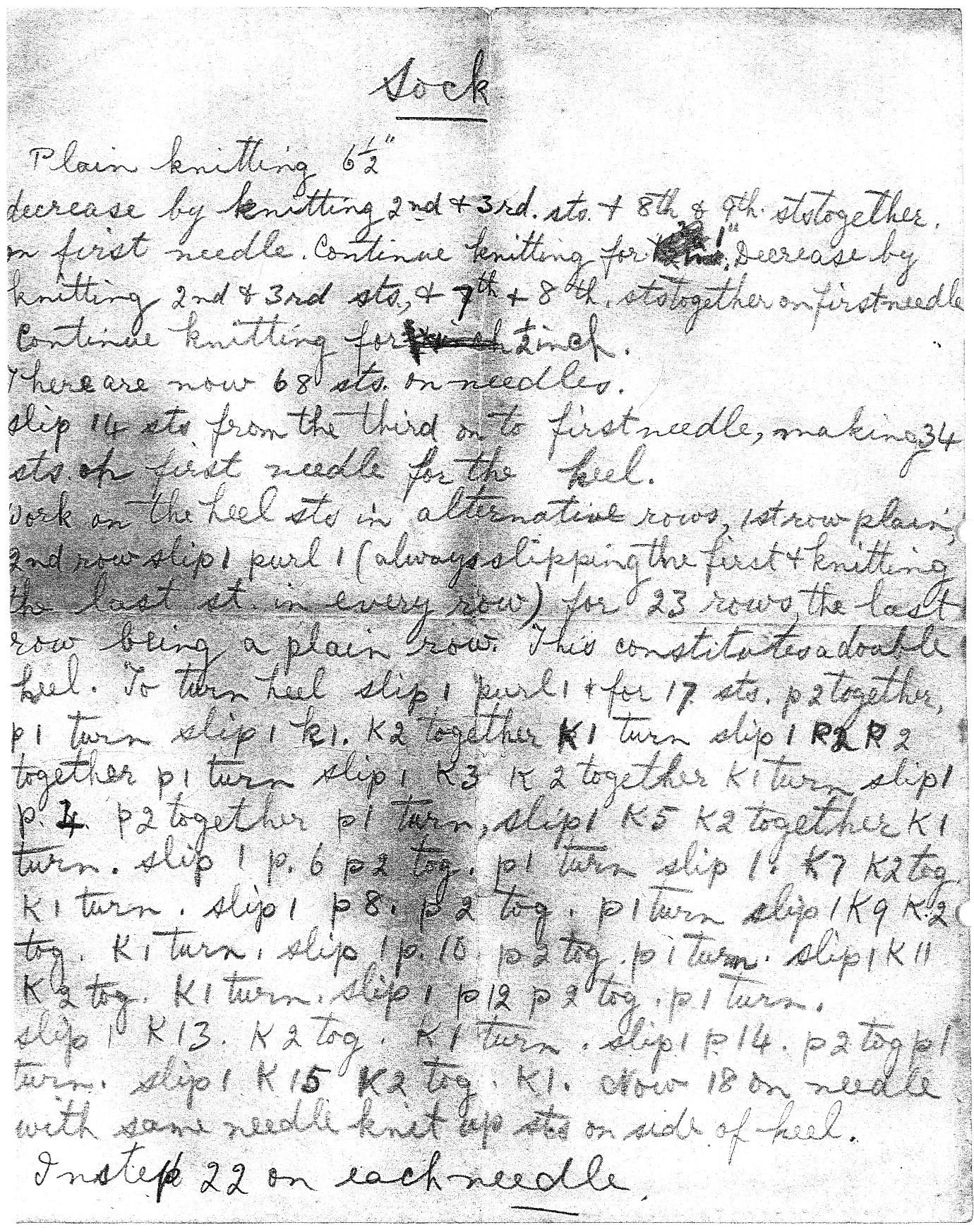 Hand-written by Dymphna Clark (wife of Manning Clark) circa 1977

Our first project meeting here
@ Manning Clark House -
left in her will, "her firm desire",
by Dymphna – as a place
to discuss public issues.
She was so much more than
known, as Manning's wife -
or ever given credit for.
Born Hilma Dymphna Lodewyckx to
Flemish father, Afrikaans Dutch mother
- we owe her many thanks: Vielen Dank.
Much more than fitting, then, to
respond to 100 years' war and peace
with Dymphna's "Sock Recipe" —

Slip 14 sts from the third on to the first needle, making 34 sts. on first needle for the heel.

Work on the heel sts in alternate rows, 1st row plain, 2nd row slip 1 purl 1 (always slipping the first & knitting the last st. in every row) for 23 rows, the last row being a plain row. This constitutes a double heel.

Instep 22 on each needle.

Painted by Grace Cossington Smith in 1915. This was the first ever exhibited Australian modernist painting.

The artist painted her sister, knitting socks for soldiers, in the garden room of their Sydney family home.

May Hallaran was born at Bodangara near Orange in country NSW. Her father had been a Cornish miner, but after WW2 he moved to Queanbeyan to open this town’s first delicatessen.

In 1915, May learned to knit socks along with many other school children – for those sent to fight in Europe in WW1.

Having a clean pair of socks to put on feet infected by the damp conditions, was the only way they had to stop the spread of “trench foot.”

PeaceKnits exhibited a pair of socks knitted by May for Rosemary McCubbin, who was a longtime resident of Queanbeyan. May continued to knit socks all her life. 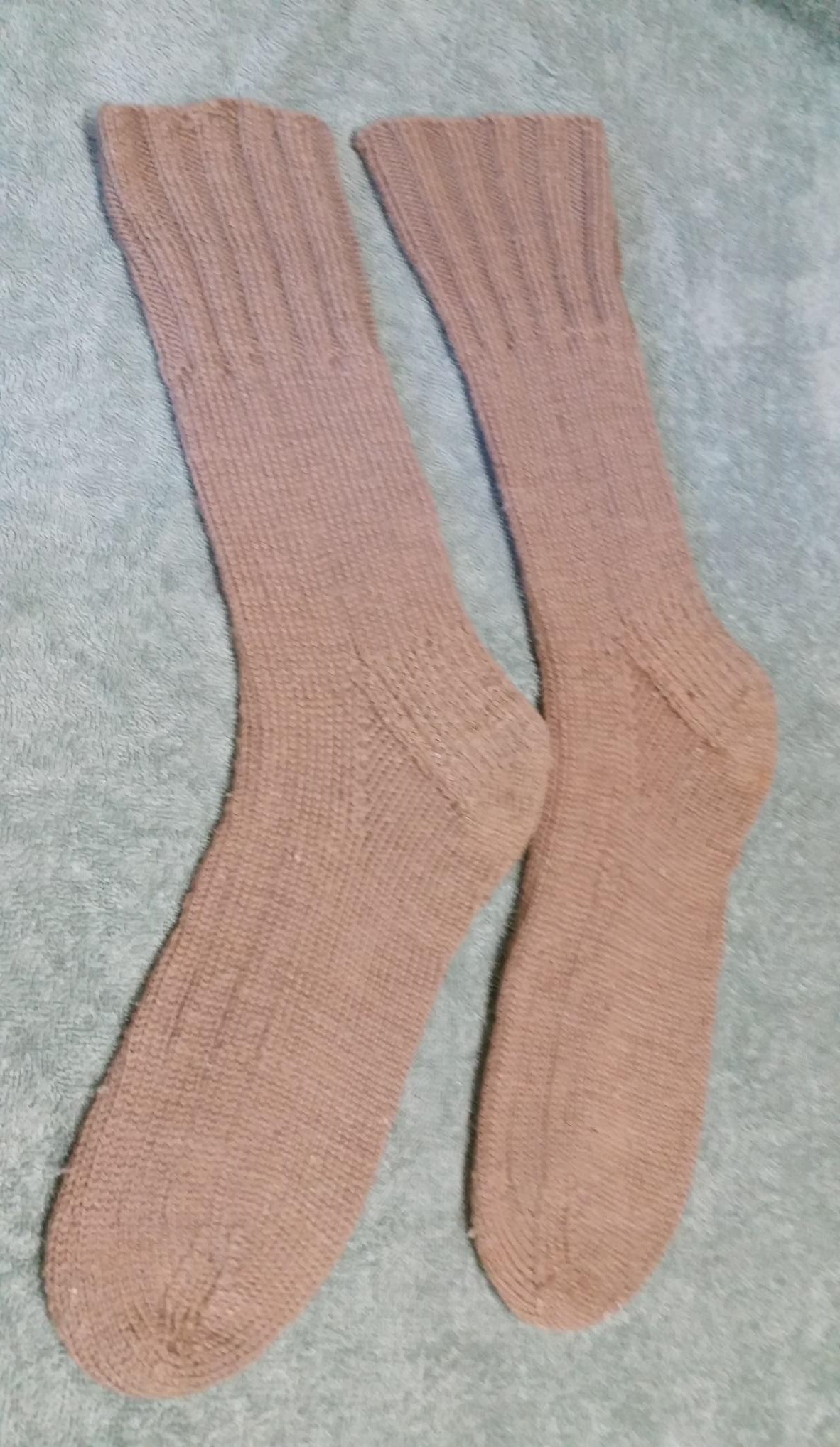