Postcards from the Front 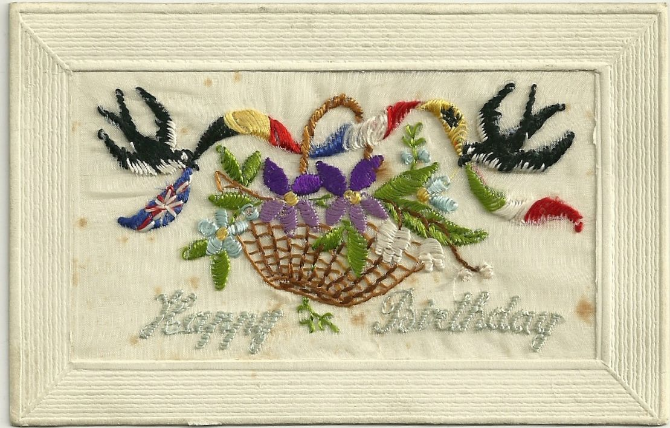 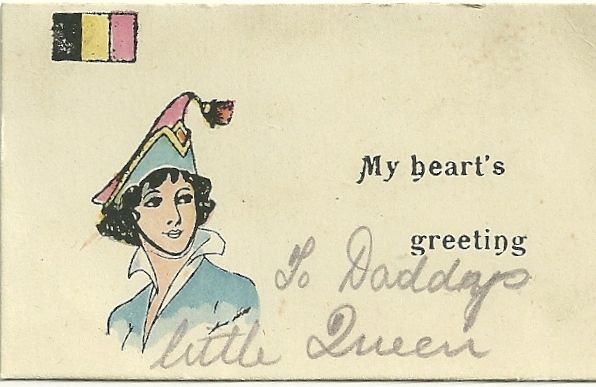 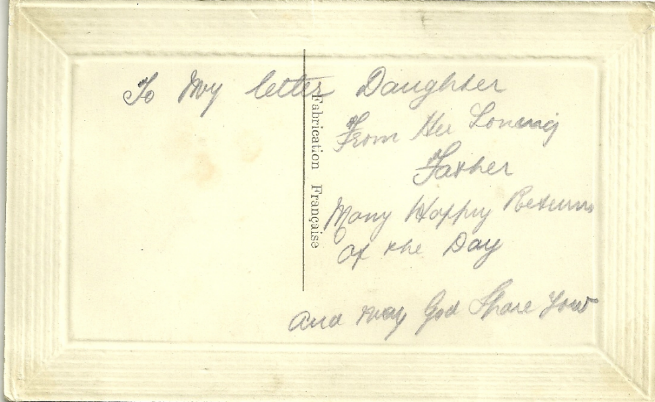 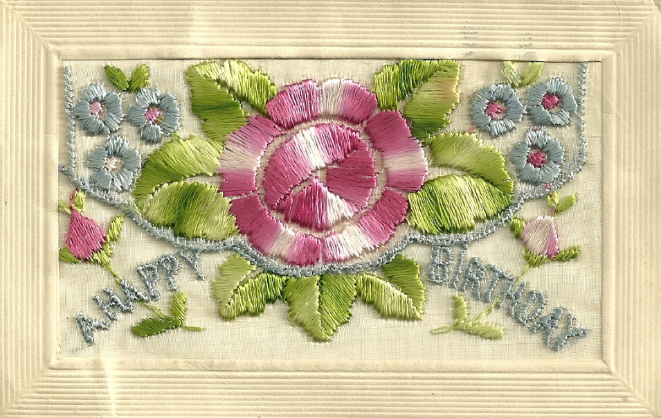 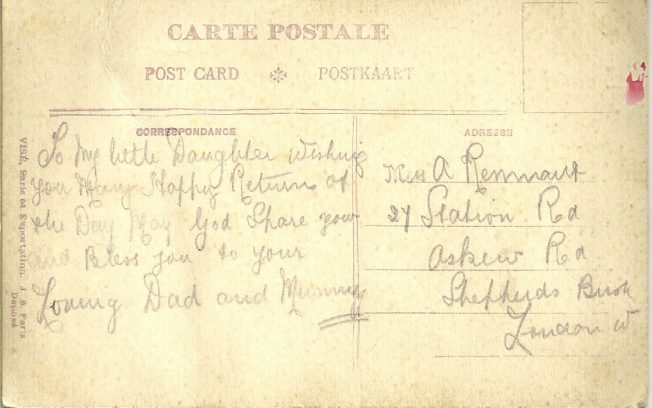 My Mum was born in west London on 2 June 1915, so these cards were probably sent to her each June between the years 1916 and 1918, by her father Henry Remnant. Mum was the middle child of eleven children. She had five elder brothers, aged from three to ten years when she was born. Henry was in his mid thirties when these cards were sent. The pictures of embroidered silk on the cards were made by French and Belgian women. Thousands of these cards were sent from the European battlefields to loved ones at home. All mail was censored, so the messages were usually short, sweet and personal. The messages on these cards suggest a proud father happy to have a daughter after five sons.

Conscription for single men in the UK was introduced at the start of 1916, and the Act was amended to include married men in June of that year. I do not know if Henry volunteered or was conscripted, and I have no record of his military service, his regiment or rank. The 1901 Census record for his family shows him as a ‘worker’ along with his father and siblings. I think he might have been a bricklayer, or something in the building trade. With this background, I suspect he was a PBI (poor bloody infantryman) private. Mum said he used to talk about Wipers (Ypres) in Belgium, and the flag on the back of card 1 (above) shows the Belgian flag. Henry died in 1938 aged 56. I wonder if the privations of trench warfare and the likelihood of his being in a gas attack may have caused his death at a relatively early age. Mum treasured her cards all of her life and they are now kept in the Bowern family history repository in Kent, UK.