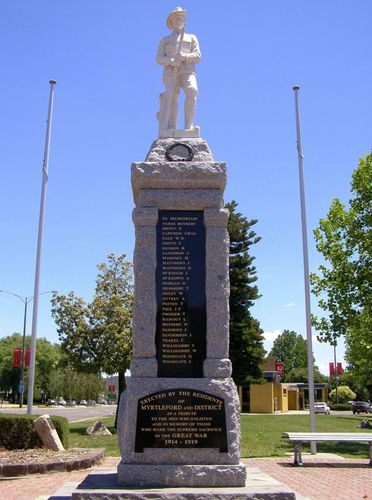 It’s bitter here on winter nights. The chill invades my bones beneath the sullen hills. The windows are beginning to frost. By morning ice chandeliers will adorn the rusted spouts.

I throw extra logs on the grate. That silvertail Menzies is sending Australian conscripts to Vietnam. He’s warbling on about communist threats and the American Alliance. Another lot of lads condemned to a foreign war. It takes me back to World War 1 and what it did to our family. Three of my brothers heeded the call “to defend The Empire” and left the rest of us and their fiancées to worry and fret.

Charlie and Fred went to Gallipoli. We took comfort that they were together, hoped they could look out for each other. But they failed. We got the letter saying Charlie was missing in action in August 1915. He was never found. I’ve got all the letters he wrote and the messages of condolence here in the old ammo box. Addie tied them into bundles before she died. Fred was redeployed to France.

Jim followed his brothers. He too ended up in the putrid trenches, the rotting corpses and carnivorous rats of The Western Front. He was still there when the Armistice was declared in November 1918.

That war did more to destroy our family than any other blow which has beset us. Dad died before then but Mum struggled on with Charlie and Addie as backstops. The younger girls helped too. Despite bad seasons and rabbit plagues, home was always a happy place. Mum was always poised like a sentinel on the sagging verandah. Addie always knew the local gossip.

Many of the other local lads did not return. There were a lot of spinsters including Addie, Nell and Emily around Myrtleford for the next few decades. Mum died in the Twenties and the running of the farm was left to Addie and Jim. I gave up my job at the railways to help.

Tonight I can almost hear their voices on the wind creeping under the door. I sit beside the fire and the flames cast their images before me. Memory plays tricks on an old man like me. I’ll open the trunk where Addie filed their letters. They will speak to me again.

Charlie left for Broadmeadows training camp early in the year. He was buoyed up by the cheering and flags as the local lads boarded the train at Wangaratta. They all believed it was a duty they could not shirk. He was sent to Egypt a few months later. He was quite chirpy before he and Fred left for Gallipoli:

In concluding I would ask you not to worry about Fred or I as every man who gets wounded is looked after tip top…And Dear Old Mother, if we should go under feel proud of the fact that you reared two sons who will do their job and who are not afraid to die for their country…,

What the hell did he mean telling us “not to worry”? We loved him. He was our leader after Dad died. He was leaving Egypt for the trenches, not a Mediterranean holiday! Had the propaganda convinced him, that he was off on an adventure which would be over by Christmas?

The next one tried to put the best face on a grim situation. I know their letters were censored but the happy tone belied the contents:

To let you know that Fred and I are just tip top. We are now behind the firing line having a spell after a fortnight in the trenches. We don’t do much but eat and sleep, also have a swim daily. Fred has a fairly safe job here, he is on the phone most of the time. I have lost three of my fellows. All the Myrtleford lads were wonderfully lucky considering what they have gone through―only three wounded…

From your Affect. son Charlie.

I remember Emily and Babs sobbing as this letter was read. Even the stalwart Abbie had pursed her lips. Men were getting wounded and Charlie was treating it as a lucky escapade!

His next letter gave us a glimpse of the truth:

Well Add I am sitting in our Mess just after having tea, Bully beef biscuits and cocoa. Its rather hot in the daytime but the nights are fine ― it don’ require any blankets. We never take off our boots or equipment. Always ready you see. It tells on some of the fellows’ nerves, am pleased to say my nerves are all right and was never in better health in my life.

The next letter was his last:

Well Mother the winter will be over by the time you get this. I hope you have a good Spring.

Three weeks later we received notice he was “missing in action.” Friends tried to reassure us that this probably meant “wounded or taken prisoner” and praised Mum as a “Spartan Mother” “who gave”’ her son “freely to her country.”

The following week The Myrtleford Mail reported his death:

Widespread regret was felt throughout Myrtleford District when it was learned that Lieut. Charles Carthew was missing. On Monday notification was received that Lieut. Carthew was dead. The Rev. Morrison and Mr. Jack Carthew drove at once to Happy Valley and broke the sad news to the deceased officer’s mother and sisters, who needless to say, were prostrated by the heavy stroke.

Yes, it was my job to announce his death to my family. I was trembling like a willow the whole time. Mother was standing on the verandah and I knew immediately she feared the worst. I told her quietly. She just nodded and sat down silently on the red-gum bench. Addie came out and guessed what we had to bear. Always the practical stoic she asked how I would tell the younger girls. We gathered them around the kitchen table. Emily sat solid in disbelief. Babs burst into hysterical tears and railed against the foolishness of war. The Reverend, who had accompanied me, suggested we join hands and pray for Charlie’s soul.

I will never forget that moment. It’s seared into my mind like scalded steel. The following days were shadowed by funereal silence. We held a memorial service at the church and the whole district came to support us. Mrs. Mulder, whose husband had shared a dugout with Charlie, sent a consoling letter to Mother:

I just received a letter from my husband. He and your son were great chums. He had the greatest respect and admiration for your son and told me to a man everyone in his Troop just adored him. Your boy often sent kind messages to me. I feel so for you, but how very proud of such a son you must be. I can see his grand, strong face now and he just had to have a hero’s death and weep for you in your loss.

I too can see his grand, strong face and I still weep as I place this letter back into the bundle which Addie tied with black ribbon. I still feel the loss like a gallows rope around my neck. My beloved brother, I miss you tonight as I have across the years. War took you from us and I needed your comfort through the barren years.

It’s been a beautiful Autumn. The leaves are tinged with red and gold. A crisp breeze begins to accompany the early frosts but the air is like champagne. It’s getting time to light the fire again in the evenings. I may even look at some of those old war letters again tonight.

Old Bill down at the Historical Museum has asked me if I will bequeath them. I can’t see any reason not to. Perhaps the next generation will learn about the horrors of war before they rush into another one. I hear there is to be a moratorium throughout Australia this month to mobilise protest against the Vietnam War.

I’ll have a look at what James, my youngest brother had to say. He settled in Perth with his fiancée after the war but Addie got the letters back over here before she died. He must have been a romantic soul for a letter he wrote to Nellie Brown before his departure sounds like the lyrics of an American pop song. They’re tied with a lavender ribbon if I recall rightly:

Tonight darling you are the one and only thing that my thoughts are on. My one hope is that you will be the same girl you are now when I return and you know to be that you must be good and not to fret because I am away.

He had a hard time over there on The Somme. In August 1916 he “was buried in a shell hole” and was exposed to the nerve gas which destroyed the health and later lives of so many soldiers in the trenches. From time to time he was evacuated to hospitals to recover but returned to the front again without protest. He was awarded a Military Medal for heroism. In one letter to our mother he was rather frank and worried that the “censors” might intercept his post:

Just a line to say that I am practically well with the exception of being almost without a voice owing to the effects of gas which the Huns issue at intervals for our benefit, some of our chaps are almost blind as a result.

I would sooner have lived in the pigsties we used to have at home than in a hole like this. I was only wondering the other day what sort of men we will be in a few years even if we are lucky enough to come through.

Jim did come through but like so many of his war mates he became a silent man who never spoke about his experiences at the front. He was also to suffer a lifetime of bronchitis and pneumonia as a result of the damage the gas had done to his lungs. Poor Nellie became his lifelong nurse. Despite this, he was a gentle soul, one could almost say a man of peace. His family remember him fondly.

We still don’t know where Charlie is buried on Gallipoli and his fiancée Ethel remained a spinster. The war blighted her life too.

They’re all gone now. I’m the last survivor here at Happy Valley. The local lads are all recorded on the memorial in town and on Fridays I always take off my hat in respect before I walk on to the cemetery where my sisters lie in solitary graves in the shadow of the pines. However, I won’t be doing that next week. I’m going down to Melbourne to march in that moratorium. It’s my quiet way of protesting against the futility of war. 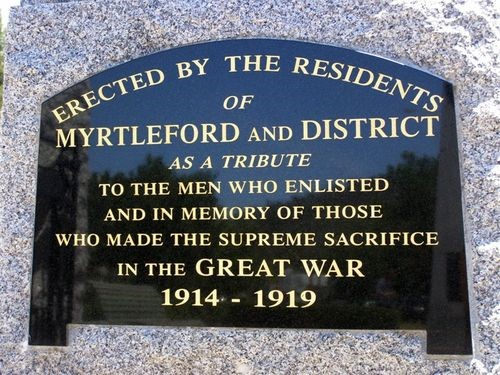