Lest We Forget (Papaver rhoeas) 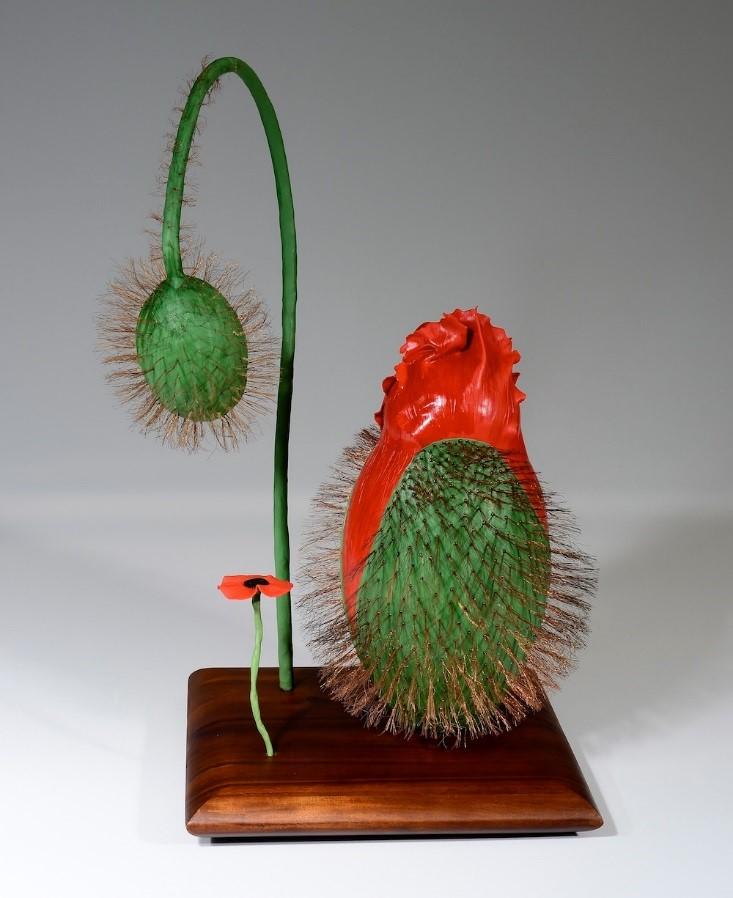 There is a rich botanical legacy that exists alongside the human story. This sculpture presents two realistic poppy buds, (one of which has fallen to ground on the verge of flowering) and a fake remembrance flower positioned as if facing its ancestors. The message is that not only humans suffer during periods of conflict – hundreds of successive generations of mute plants may be wiped out on the road to 'peace'. Through its accidental association with human conflict, this common agricultural weed, a native of Europe, has done quite well for itself having been launched from the soil to international human attention in a way that ensures it will unlikely be forgotten. However whilst the theme of poppies proliferates in the strangest of sterile environments (malls, supermarkets, schools, houses of parliament) they are mostly impoverished mimics of their splendid botanical ancestors.