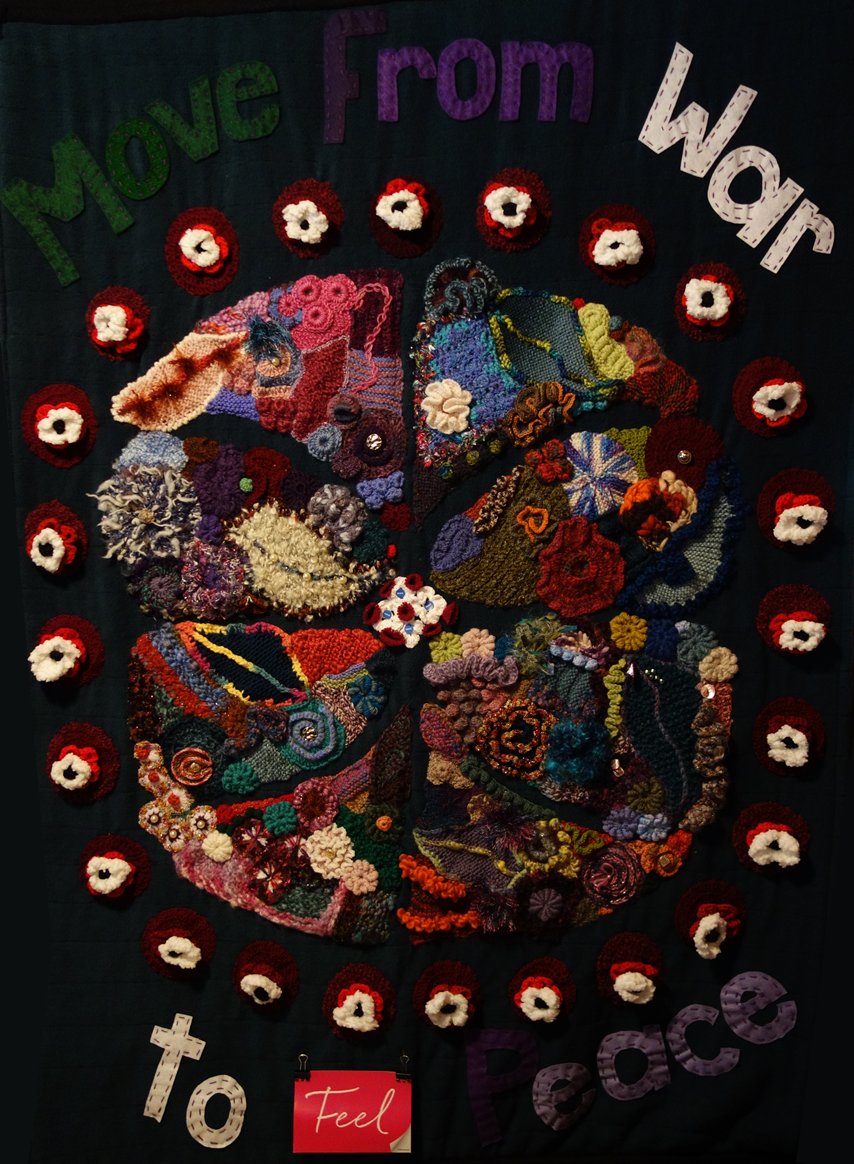 A rose window (or Catherine Window, after St Catherine of Alexandria) is a general term for a round window. These are especially found in major Gothic Cathedrals of Northern France. The origin of the rose window is found in the Roman oculus, or large circular openings that let in light and air (as found at the top of the dome in the Pantheon). An eastern equivalent symbol is the Mandala (Sanskrit for “circle”) used to establish sacred space or to aid meditation. Modern circular windows cover a range of influences, including abstract art.

This architectural art form was used as the starting point for the abstract freeform knit and crochet pattern, ironically designed as a window blind or blackout curtain, to remember all those affected by bombing raids. To solemnly mark 1915-2015 centenary anniversaries, the "rose"" has been replaced by red poppies for remembrance overlaid with white poppies for peace. Mary Reilly and Kiama Guild Knitters hand-worked the freeform knit and crochet pieces.